Daniel Johnson - Don't ever belive in disbelif
2009
Marker on Paper
This artist is a musician and I like his songs. Then I saw the documentary about him titled The Devil and Daniel Johnson and became more interested.

His work was exhibited at the Whitney Museum and I came across this drawing and bought it because I think his mind has cool and crazy thoughs.
PREV / NEXT   3 / 3
BACK TO FOLDER - DANIEL J... 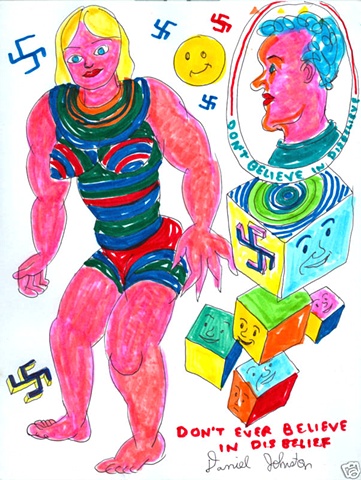